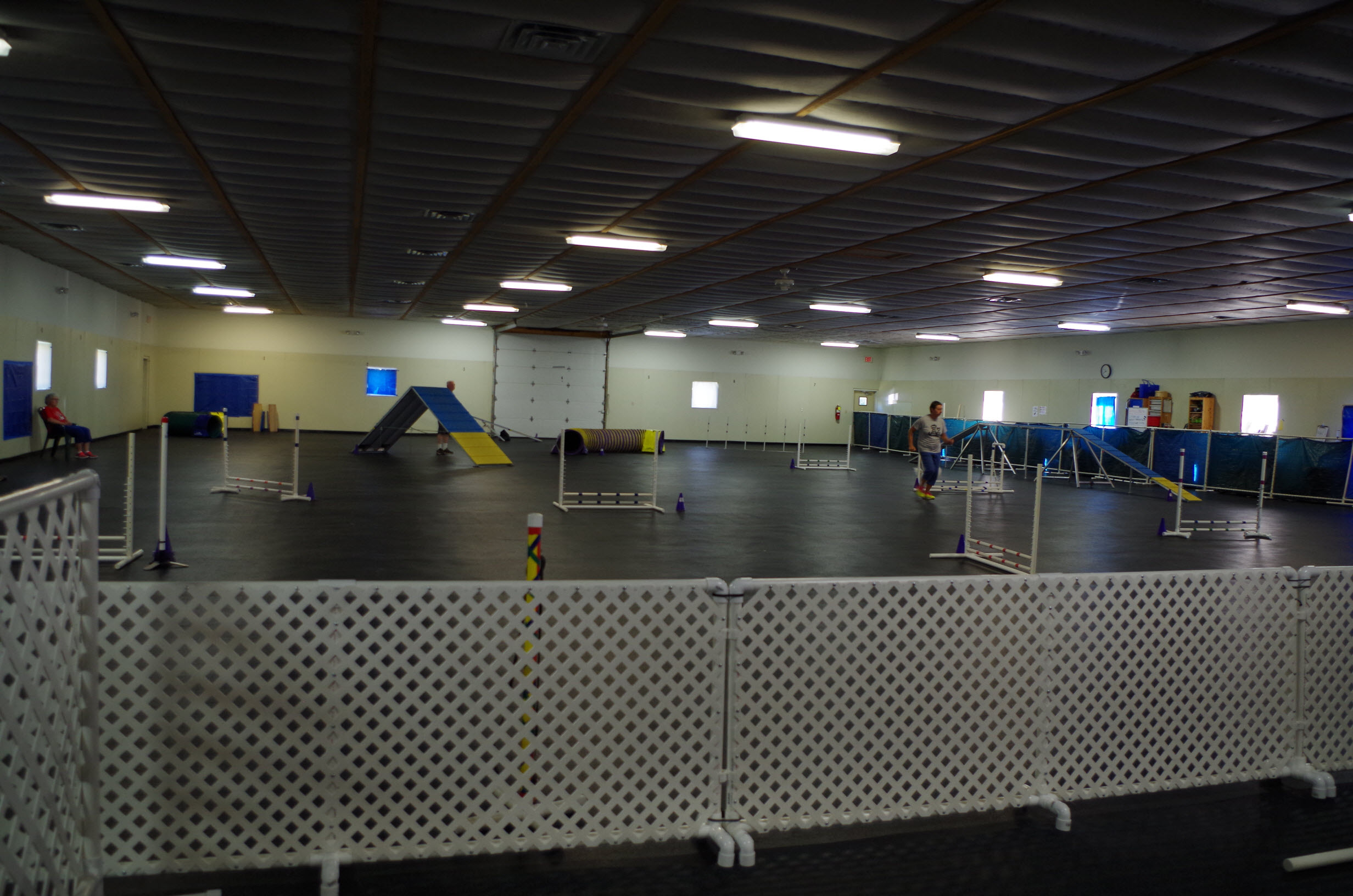 The dogs are jumping again at Northfield Dog Training in Ann Arbor, MI. Formerly an obedience- and rally-only venue, owner Adele Yunck started hosting CPE agility trials just this year. The second trial was held June 30 through July 2, 2017; my dogs and I attended the last day of the trial. It was hosted by Banda Agility Group with judge Kent Bromagen from Ohio calling the shots, err, faults.

The place is only a few miles from major retail businesses, yet truly part of the farming community. There’s a dirt drive taking you to the buildings in back of the house, with parking along the sides of the buildings as well as around the looped drive in front. Stay away from the house drive itself though. Parking is tight, but not terrible. Best leave the big rigs at home though.

Starting up the agility gears

“We’re so pleased to offer agility here again,” said Rita Tyler, an instructor at Northfield and a major coordinator in bringing agility back to the facility. “We had agility here about 10 years ago, but things went the obedience and rally direction,” Rita said. “After Dexter closed last year there was demand for agility again.” She said they have one more agility trial scheduled in August.

“Purchasing or making all of the equipment, getting approvals from numerous organizations, adding agility classes, and being an advocate for agility’s needs are just parts of what’s involved,” she added. “It’s been a lot of work, but so worth it.”

They are also fortunate to have Terri McCardell on board, a talented instructor and craftswoman who built all of the lattice wings on the jumps as well as the fencing. “She’s fantastic,” Rita said. “At our request, she made the fencing a little taller than most are for agility.” It all looks professional, and I personally like the taller fencing, which is about 3 1/2 feet high.

“We may add two more agility trials per year, but that isn’t final yet,” Rita continued. “Unfortunately there are restrictions which make it difficult to host more events.” Apparently the township only allows them to host 10 events per year; that includes obedience, rally, agility, anything. This is because the farming community is concerned about event traffic and parking getting in the way of their tractors, equipment, and daily work.

The agility floor is rubber mat, and is a bit wavy. There are several layers of mat over sand, but no cement underneath! An agility peep there said the bottom layer is poured rubber. Something did not go well on one of the layers, thus the wavy appearance on all the layers. Although I had my doubts during the first walk-through, it actually felt good to run on this floor and the waviness didn’t affect the performance of my dogs or myself. Also my back and legs definitely let me know if a floor is too rigid. This one is just fine.

The biggest issue here is lack of space and the resulting congestion: Crating space, congestion getting into and out of the rings, and congestion in the single room that houses lunch, kitchen, map pick up, ribbon pick up, and the trial secretary.

Crating space is partly complicated by the fact that aisles are not marked. Even if that were the case, crating is at a premium. There is crating upstairs, but that got full too. And the ceiling above the ring lowers so one can only see the ring upstairs if they are sitting on the floor directly in front of the rail. There is another building that clubs can rent to crate for a not-so-nominal fee, especially since it is not air conditioned and there’s no monitor showing activity in the ring.

The agility building is air conditioned. The day I was there it was 84 degrees with 45% humidity and bright sun. Inside was definitely cooler and more comfortable, although not as cool as other air conditioned trials I’ve attended. Could the A/C keep up on a 90 degree day with higher humidity and all those people and dogs? Probably not so much, but again, it would certainly help! 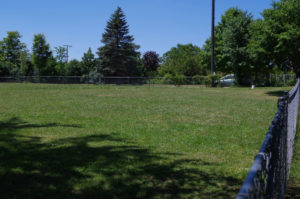 On the right side of the driveway as you enter Northfield, there’s a large, mowed, fenced-in field with several gates, likely used for outdoor practice and classes. During the trial, you can unleash your dog(s) in here to potty and/or get some exercise. This is a boon for my young dog who has more energy than we can keep focused on at a trial. He actually qualified more than my seasoned dog at this trial, partly due to being able to run off some of that excitement.

A highlight of this trial for me was meeting Marallyn Wight, who turned 96 years old on July 17. And yes, she’s running agility! Marallyn’s Golden Retriever Brechin is her first agility dog, although she’s been showing dogs since the ’70’s. “I started taking lessons because agility looked like something I hadn’t tried,” she said. “I just didn’t expect Brechin to be so fast!” Marallyn and I had quite a chat, and I’ll share the rest of it with you in a future blog post. This calls for a new blog category called “Human Interest,” since many more interesting stories about agility peeps are out there just waiting to be discovered.

If you can deal with the congestion, Northfield Dog Training is a pretty nice place to trial. I plan to crate from my vehicle when visiting again to help with that end of things. It is too bad they couldn’t find a solution to keep the farmers happy that would allow more trials there, as it could help fund solutions for more crating space as well.