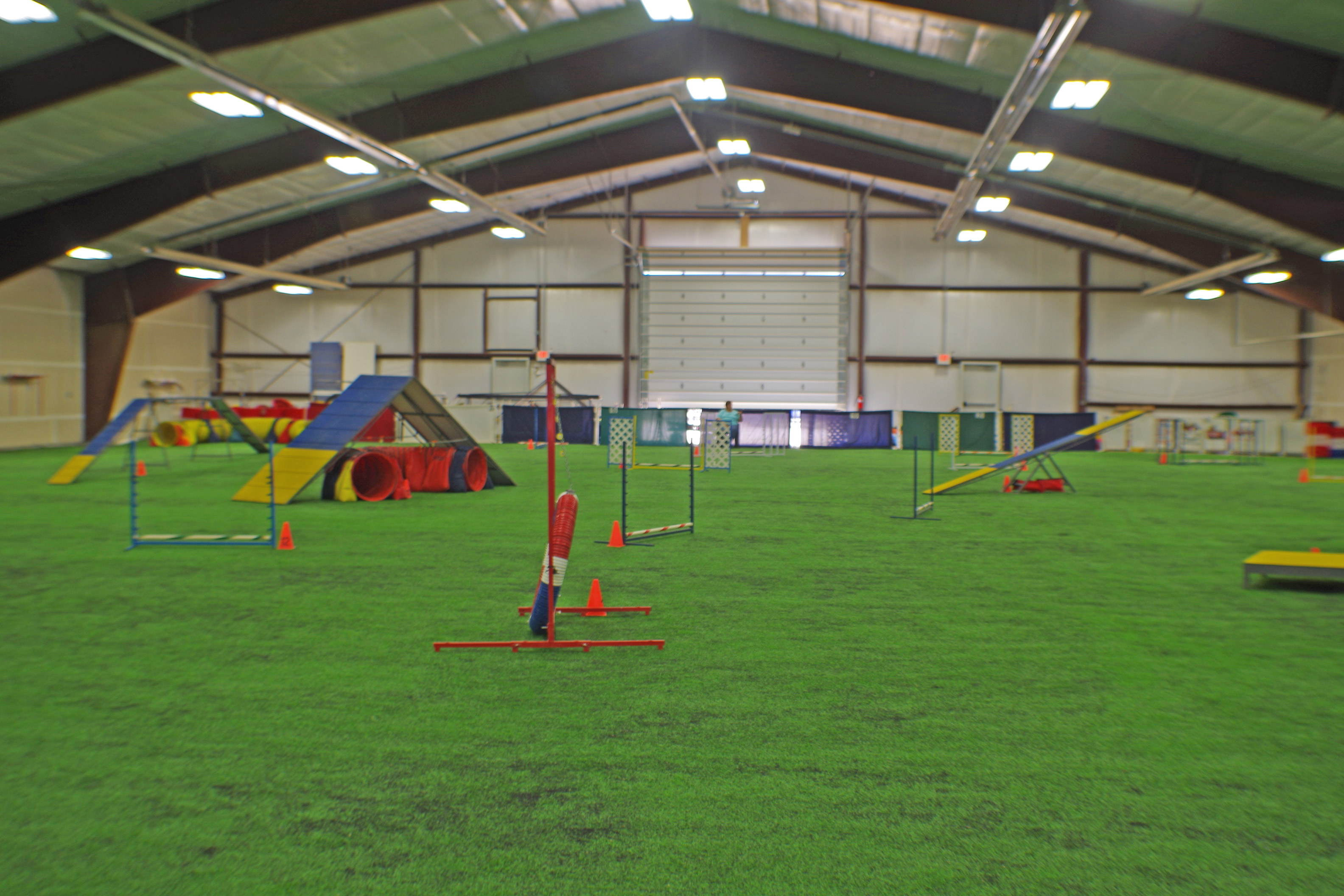 The farthest dog agility trial location I’ve traveled to is Yellowstone Dog Sports in Roberts, Montana. The trip was coupled with a vacation, and the trial was suggested by an agility friend and now judge, Bruce Baker. Trialing and camping there was like a dream, with mountains in the backdrop and a fresh water pond with dock diving. There was even stream for the dogs to enjoy, which was narrow enough that was great therapy for a dog walking up stream.

Yellowstone Dog Sports is located on 90 acres at 7753 Hwy. 212, 8 miles north of Red Lodge, MT, and 37 miles south of Laurel. It includes sparkling clear ponds, hiking trails, sheep for herding, a 100 x 200 indoor arena, and on-site accommodations with or without RV’s. “In addition to hosting AKC and NADAC agility trials, offering dog training, and fun runs, we host multisport dog camps with top notch instructors,” owner Elaine Osmun explained. “I had it built in 2011, and it has been become very popular with the dog community.” It is definitely a unique and beautiful location that I wish were a lot closer to where I live! FYI, it is also up FOR SALE!

Christie Leone was the positive, energetic trial chair for Gallatin, who also served as an excellent gate steward and sharp-eyed chair – when she wasn’t running her Bernese Mountain Dogs. Yellowstone Valley’s chair was Russ Morrison, who was the go-to person for anything that needed attention at the trial.

As I entered the building for the first time, it was Christie that sincerely welcomed me. “Crate anywhere you like!” she said, pointing to the spaces on the mat and also on dirt along the wall. “There’s plenty of space to set up.”

“We’re so lucky to have this trial location!” Christie said. “Trialing in this part of the U.S. is not like urban areas. We used to have to drive 13 hours or more to attend any trial. Things are much better now as more locations opening up.” Better, yes. But trials within 4 hours are still held only once a month as opposed to many states that offer trials almost every weekend. “Practice and lessons are often on our own,” Christie said.

Despite all that, I was impressed with the level of skill many of the handlers possessed, and their dogs were pretty fast too!

Although the building is not air conditioned, it is well insulated. “We keep the large door along the back of the ring open part-way in the morning until it gets warmer,” Christie said. “With Montana’s cool nights and slow warm up in the morning, it stays quite comfortable in here.” She was right! It got exceptionally warm outside all four days — into the high 80’s and low 90’s — and except for late afternoon, it stayed quite comfortable indoors.

The concessions at Yellowstone Dog Sports included both breakfast and lunch, with different choices each day. Most food was made on site, with ingredients purchased locally. You can’t get much better than that as far as food is concerned! Workers also received a $5.00 coupon for concessions after working 2 classes. This definitely encouraged workers, and also helped out the concession area.

The 90′ x 120′ ring is artificial turf with rubber infill, which was laid atop packed gravel, also called “fines.” It was nice to run on, but did have some lumps and unevenness throughout.

These two clubs do compete on one thing: the best MACH/PACH ribbons and bars. And if you put them up against other clubs I’ve seen so far, both Gallatin and Yellowstone clubs beat them all hands down. They keep the ribbons under wraps during the trial though to ensure they stay exceptionally clean. So glad they brought them out for me to see and take pics. I’m truly impressed!

While there are only four vendors, they were quality vendors! They included:

See more information on the vendors in the Vendors tab for Yellowstone Dog Sports. Feel free to leave reviews for these vendors too!

You won’t be left out in the cold at night here! Yellowstone Dog Sports boasts nineteen dorm room rentals, which are attached to the main building running up and down each side. Five have private baths, while the others share bathrooms that are accessed off the same outside corridor as the rooms. Basic rooms are 10′ x 15′ and have either two single beds or one full or queen bed. Larger rooms are also available that accommodate up to 3 people.

For RV’ers, there are sites with electric hookups, as well as dry camping. Agility peeps really travel to this location too! We counted license plates from 10 states – Texas, Alaska, California, Utah, Montana, Colorado, Minnesota, Michigan, Idaho, and Wyoming – and one from Alberta, Canada. Never have I seen such a diverse mix of states at a trial! Some of us who knew the judges and had come so far really surprised them, as they didn’t expect to see any of us in Montana! The word is getting around about this place!

At this trial, your’s truly helped out the Charge Against Cancer canine research program by asking people to pledge an amount for their Q’s or QQ’s to fund canine cancer research. It was my first time as an ambassador for this program, and I was pleased with the generosity of some of these folks.

A special result of this effort was meeting some great people. There was Diane Myers, whose 11 year old Brittany “Marley” was recently diagnosed with a type of nasal cancer. She was told it is inoperable and there wasn’t much that could be done for her. While Marley’s prognosis on May 2nd was only 3 months, she was happily running at this trial! “I’m just taking it day by day,” Diane said, “and grateful for all the time I have with her.” Diane was taken by the Charge Against Cancer effort, and both she and her sister donated to the cause. We wish them all the best.

Then again there was a husband wife team who live in Alaska but recently purchased a home in Louisiana to stay during the winter. They’ve also dealt with cancer in some of their dogs, and were particularly impressed that 100% of the donations to Charge Against Cancer are used for canine cancer research; no admin costs siphoning away the real money. While they would have donated anyway, they earned a QQ to really top off the effort!

In addition to all of the above, Yellowstone Dog Sports has three fenced areas for dogs to potty and play off leash. During non-trial hours, they allow “under control” dogs to run off leash. My dogs could not resist tearing through the open fields, not having this kind of freedom in a long time.

So even though I know it wasn’t a dream visiting this place, maybe the dogs think it was. Since they continually get excited during their sleep, it has to be what they’re dreaming about!

2 thoughts on “Yellowstone Dog Sports … is this place a dream?”