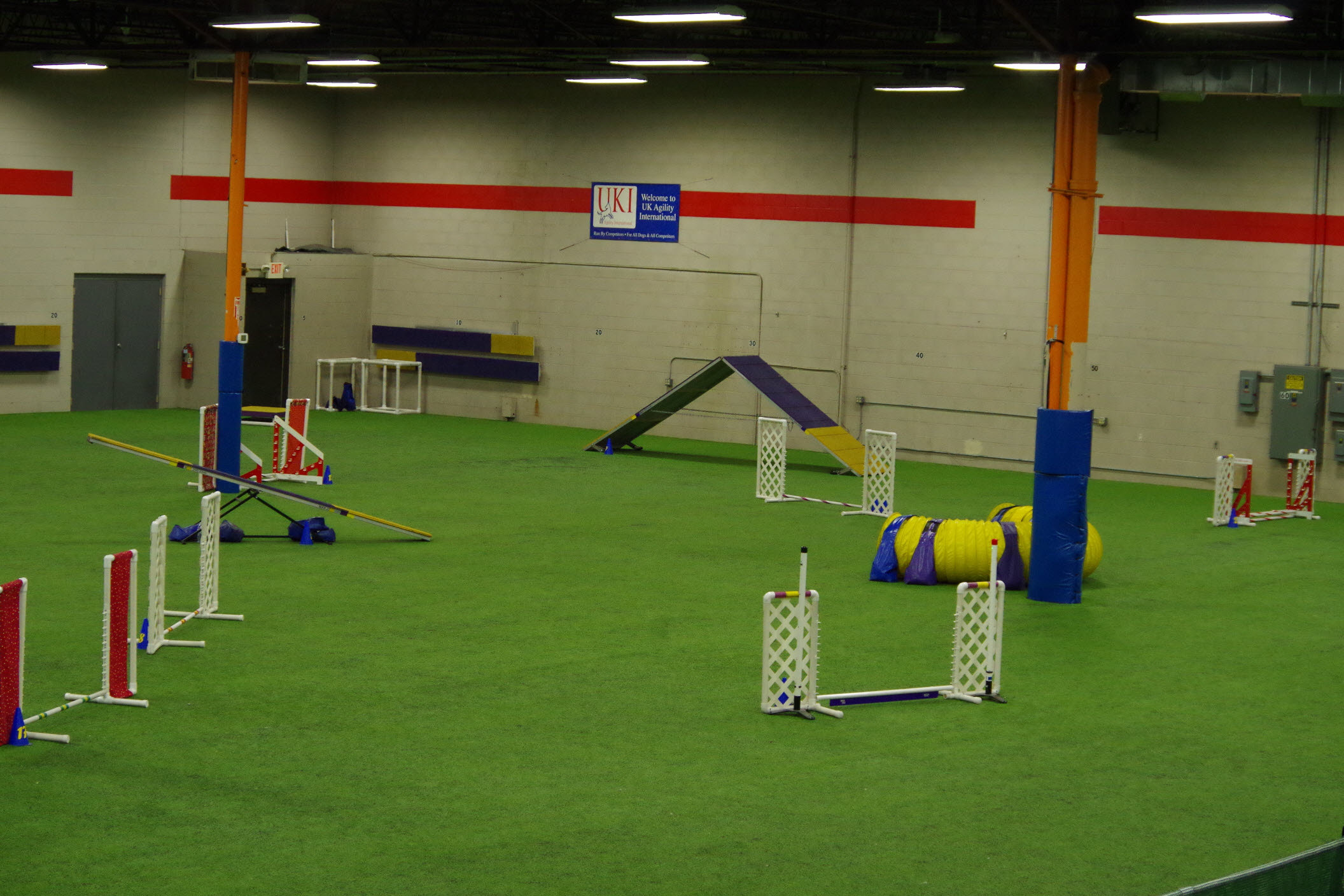 The November weather held for our latest venture from Grand Rapids to New Berlin, Wisconsin to attend the AKC All-Breed Dog Agility Trials sponsored by the Medallion Rottweiler Club, and it was worth the trip.

Wowed by the Club and Location 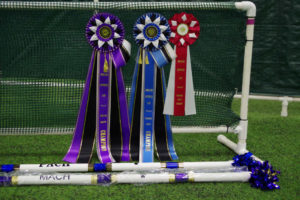 The club did a great job of putting on a smooth running show Nov. 11-13 that featured one large 100 by 100-foot ring, a spacious area for practice jumps and warming up, plenty of locations for crating and attractive MACH and PACH ribbons and bars. It’s worth noting that the club hosts two agility trials a year to help support their working dog events for Rottweilers: one in April in Middleton and the November competition in New Berlin.

The November event was held at the Think Pawsitive Dog Training facility at 2485 S. Commerce Drive, one of the largest indoor canine training and sports complexes in Wisconsin. Think Pawsitive holds about 40 canine sports competitions a year in a 17,000-square-foot artificially turfed arena within the 38,000-square-foot building. The facility also has a canine swim center with a 32 x 16-foot pool for water rehabilitation, dock diving, endurance training and interactive play.  Think Pawsitive holds more than 35 classes each week in agility, obedience, nosework and special skills.

We loved all the places to crate that were spread throughout the facility during the event, and some good soul played recordings of classical music in our crating area that calmed dogs and owners alike. The effect was as relaxing as sitting in your living room with a cup of tea, and we’re convinced our younger dog did better in competition due to the tranquil environment.

Because there was only one ring for competition as opposed to the location’s normal 2-ring setup, it felt that there was much more room — and a lot less congestion. It was the first time that a one ring setup was used at Think Pawsitive, and comments we heard from participants were consistently, well … pawsitive. The running order could benefit from a bit of tweaking, as the mix of Master Excellent with Novice and Open levels made for a long day and caused some individuals to leave early — especially if they already lost their QQ on the first run.

Trial Chairperson Mike Houy, who also serves as club treasurer, said the hallmarks of his organization are camaraderie, the attitude of doing what’s best for the dogs, and a large number of active volunteers. That was all on display at the event. Best of luck to the club in its future endeavors, and to Pawsitive Training for creating such a great facility for owners and dogs to play!