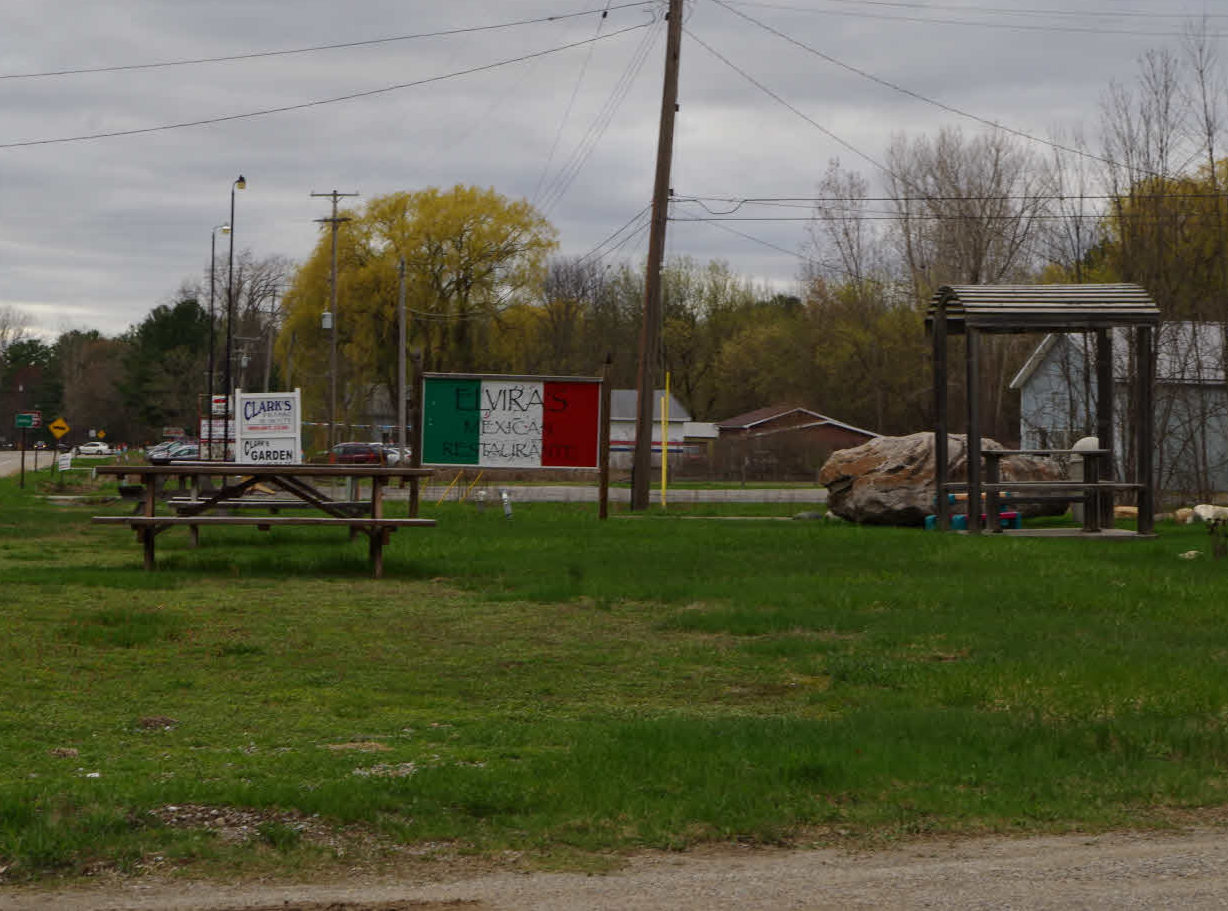 About a mile from TNT in Midland, MI is an authentic Mexican restaurant called Elvira’s. The casual passer by might dismiss the place when driving along 829 E. Saginaw Road: the building looks small, with a dirt parking area. The road sign and building trim are both in need of a paint refresh. But looks are deceiving when it comes to what Elvira’s has to offer.

Agility peep Janet Lash and I decided to try them out for dinner on May 5, 2017 after another fun day of trialing at TNT. 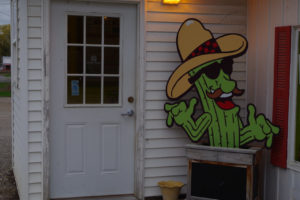 A Seguaro cactus amigo welcomed us at the door, and we then entered the clean, brightly lit dining area. There were only a few other patrons there when we arrived around 6:15 pm, which turned into a line waiting out the door within half an hour. 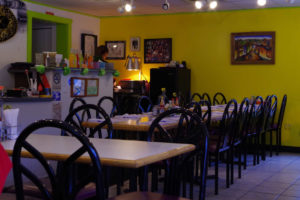 A smiling waitress seated us immediately, and the proceeded to greet other patrons – many by name – as the place filled up. The menu has anything the Mexican palate desires (except for alcohol). We both ordered Chicken Enchilada Ranchero dinners at $10.99 each. They included two enchiladas stuffed with chicken and sauteed vegetables, and topped with cheese, special ranchero sauce, lettuce, tomatoes, sour cream and guacamole … plus rice and beans. 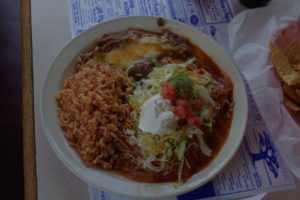 Both dinners arrived – after a bit of a wait – without the vegetables inside. The chicken was so good though, that we never asked for our correct orders; it was generous, moist, fresh, “clean,” and clearly cooked on site. The authentic Mexican flavor mingled into the entire dinner, and both of us ate most everything on our plates before we remembered we had wanted to save some for later!

Elvira’s owner, Ramon Torres, was born in San Miguel De Allende, Guanajuato Mexico. He and his family moved to Los Angeles California and opened a Mexican restaurant where his mother Elvira taught him how to cook. Ramon now carries on his family tradition with his own restaurant named in honor of his mother. While he’s had some other Mexican restaurant adventures along his path, he turned back to simply Elvira’s.

If you crave good Mexican food and are in the Midland / Sanford area, you won’t be disappointed with Elvira’s. Hours are Monday-Friday, 4 to 8 pm, and Saturday 11 to 8 pm. Closed Sunday.