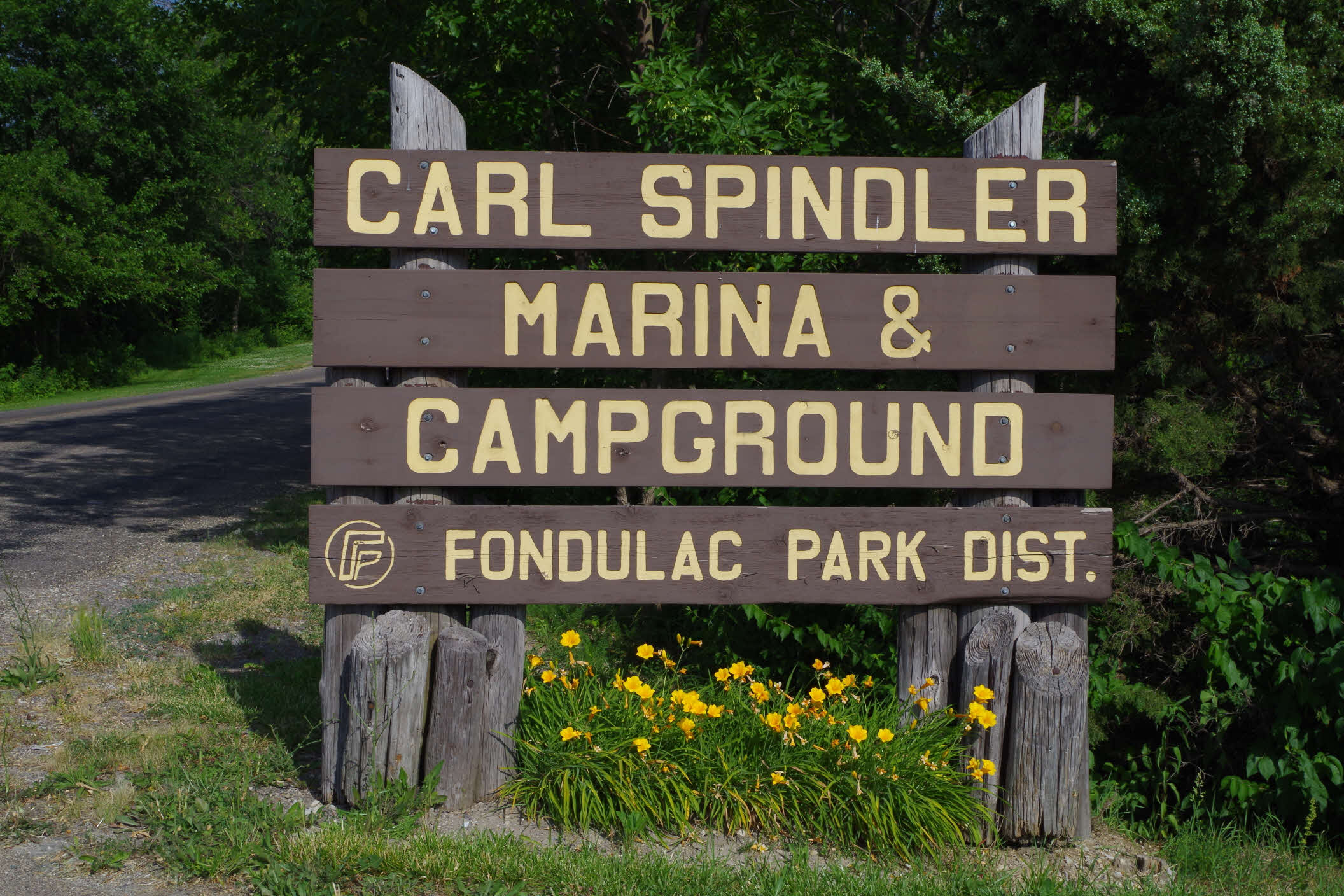 Along the banks of the Illinois River at 3703 N. Main Street (access road #7) in East Peoria is the Fondulac Park District-managed Carl Spindler Marina and Campground. The campground offers 52 paved sites with 50-amp electric and varying combinations of water or sewer hookups. They also offer 26 primitive sites with electricity, and 3 cabin rentals.

After an agility trial at Avanti’s Dome in Pekin, I camped at Carl Spindlers for a few nights with my RV, opting for a site with electric and water. The weather was the hottest I believe I’ve ever experienced while RV’ing: a searing 94 degrees, high humidity, and a heat index of 105. Evenings cooled down to a tropical 80 degrees. Even plugged in to 30 amp electric, the air conditioner in my small RV didn’t cool me as much as I would have liked. It sure was better than none at all though, which some tent campers there endured.

Picturesque but not so clean

The area itself is picturesque, with views of the city of Peoria across the river to the left, and the McClugage Bridge to the right. Large, ghostly tree roots line the river banks, and two families of Canadian Geese reside nearby. After dark, the lights of the city cast beautiful reflections in the calm water.

The water level in the river was very low. This meant there were small peninulas to walk on, but things were quite muddy. I let the dogs swim to help cool them off, and then rinsed them well with my outdoor shower. Decided not to do that again though, since they were a sticky-dirty — likely from pollutants and unsettled river bottom.

Also there wasn’t a single boat that entered or left the marina when I was there. Perhaps it is busier on weekends, else the boats didn’t want to chance getting stuck.

The campground was only about half full when I was there, but it was rumored to be full up for the upcoming 4th of July holiday. The 4 women’s restroom stalls and 4 showers were clean, although one toilet was out of order.

The campground floods every spring, sometimes up to the small playground. As a result, although they are open year round, they offer limited sites in the winter to ensure they remain flood free.

Carl Spindler Campground and Marina would not be my choice campground to return to if I were trialing at Avanti’s Dome again: partly due to the 35 minute commute and partly due to the lack of a family friendly, “safe” feel. The heat and muddy water may contribute to my bias too, which would change the entire experience.