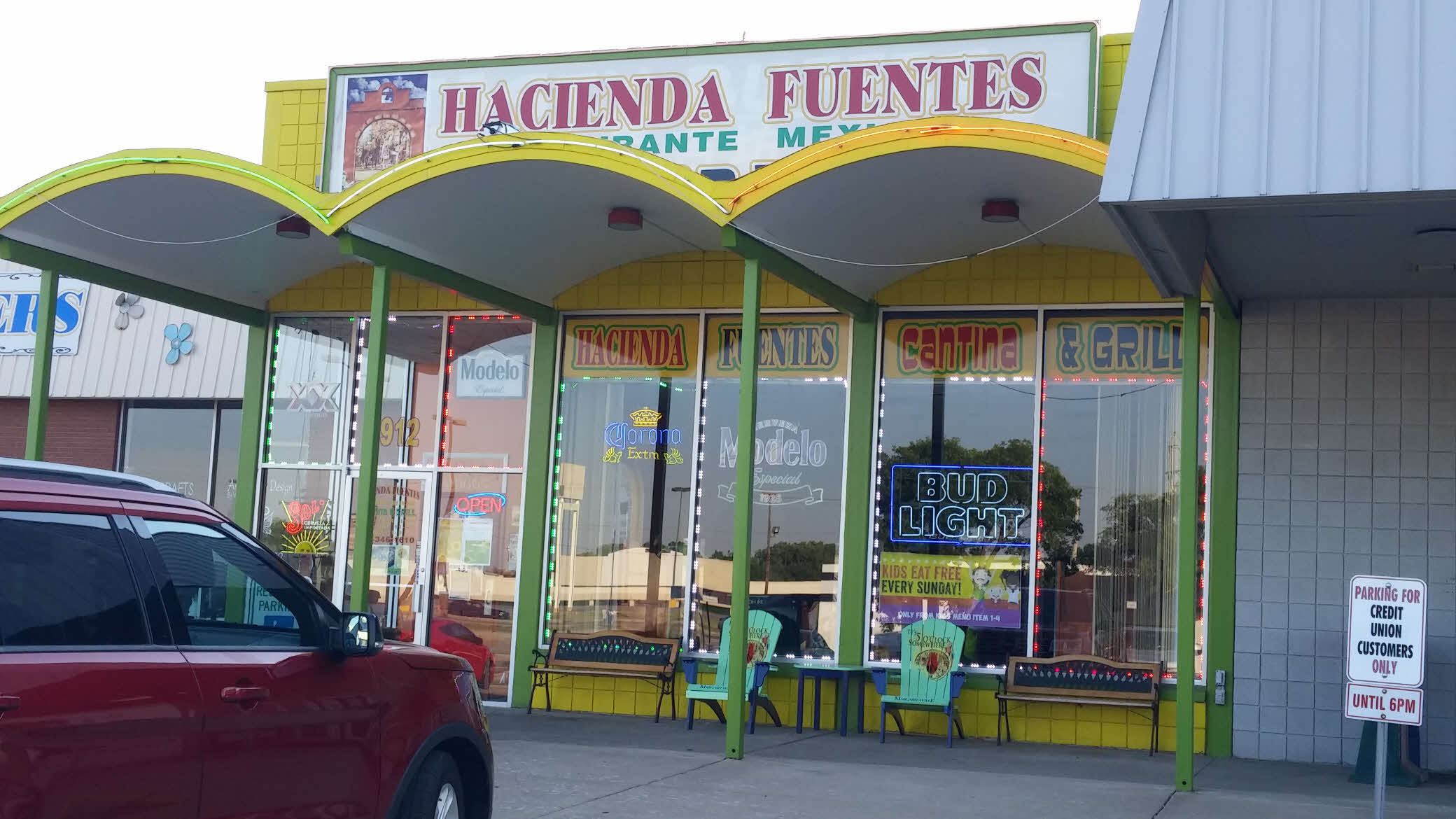 More local restaurants near Pekin, IL
Mexican food is by far one of my favorites, so when I find a great restaurant, people know about it. Hacienda Fuentes at 2912 Court St. in Pekin Illinois is one of those new faves.

On Sunday night after the agility trial at Avante’s Dome, I called in a to-go order for an enchilada dinner for $9.99. It was a special order for three types of for enchiladas: cheese, beef, and chicken. This was not on the menu. It also needed to be gluten free. When I asked when the order would be ready, the gentleman told me 5 minutes! Lucky I was less than a mile away at the EconoLodge at the time. 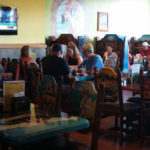 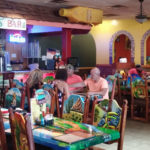 The restaurant is just down Cook Road in a small strip mall. There was plenty of parking at the time. The restaurant wasn’t full since it was Sunday night, but still had plenty of patrons. There was a separate bar and traditional festive music was playing. My order was waiting for me on the counter.

After returning to the hotel and sitting down to eat, there was a snafu: no silverware. Not a problem for me as the hotel had some. 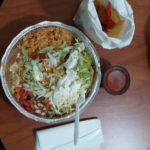 Everything about the dinner was delicioso: Each enchilada had its own great flavor, the meat was clean and tender, beans and rice were extra tasty, and it came with both sour cream and guacamole. Rainbow tortilla chips and oh-so-good medium spicy salsa came on the side. It was too much for me to eat, so I saved some and found it almost as good heated up later. Since it came in an aluminum foil tin, it had to be warmed in a different container when using the microwave. Not everyone has that if they are on the road.

Because of the lack of silverware and the tin container, the restaurant gets 4 paws. But when next in the area, I will definitely be back!