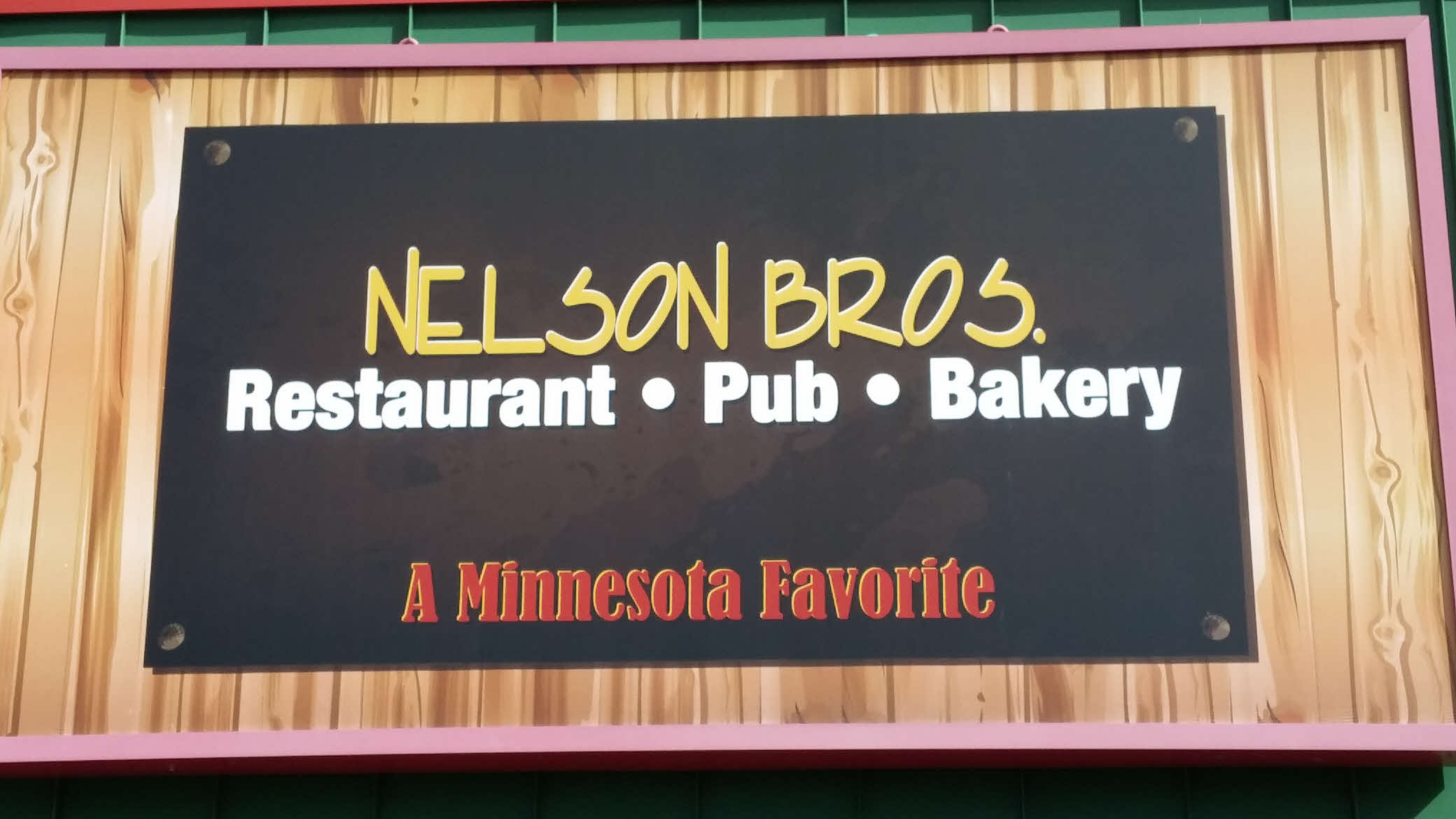 From searches on the Internet to recommendations by new friends at the CACM Agility Trial in St. Cloud, it was clear that a must-go-to restaurant in the area was Nelson Bros’ Restaurant & Bakery in the Clearwater Travel Plaza. The complex includes a sit-down restaurant, pub, bakery, food court, and gift shop that all operate separately.

Bakery is a big draw 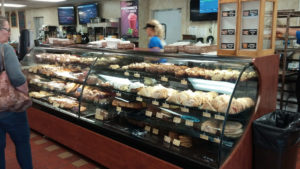 The facility is impressive when first entering. There is a brightly lit bakery counter with the largest cinnamon rolls I’ve ever seen inside the glass case. There was also a line at the counter, and those waiting seemed to be anticipating the tasty baked goods as evidenced by drooling eyes.

Highs and lows at sit-down restaurant

The sit-down restaurant serves home-cooked food that includes breakfast anytime, sandwiches, soups, salads, entrees, and pizza. Eating here is the main reason I went, and I was hungry. Seating was immediate in the sparsely occupied dining area. Initially I ordered a chicken-fried steak entree since the menu indicated it was a gluten friendly dish. Upon further inquiry on my part, the gravy was not gluten free and there wasn’t a substitute. So my order was changed to a Denver omelette, which didn’t exactly pair well with the Merlot I was already drinking. 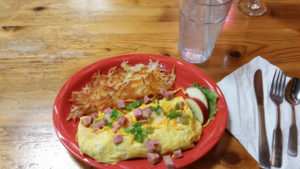 The omelette itself was very tasty though, and the freshness of the food came through with every bite. The dish was stingy on the ham as there were cubes attractively sprinkled on the top but none inside the omelette itself. One of the cubes was gristly, but the rest were nice and tender. It came with hash browns, which were clearly homemade … and truly delicious! The waitress was courteous but not particularly friendly.

Looking at other entrees and dishes being served, all of the portions seemed generous, were attractively arranged, and smelled delicious.

What left me nauseous

As I was finishing my last sip of wine, I noticed something clinging inside the glass about half way down. It looked like a piece of wet paper towel at first. Looking more closely, I realized it was some type of bug! It resembled a black ant but I wasn’t quite sure as it was caught in something else (perhaps the paper towel, fruit, whatever it was). It wasn’t moving, so I assumed it was dead.

After bringing this to the attention of the waitress, she left and then returned, saying she removed the cost of the wine from my order. There was no apology, and no manager came out to explain how the bug might have gotten in my wine glass. As for me, I was nauseous the rest of the evening.

Food court and a neat shop

Upon leaving the restaurant, I browsed through the food court. It included a shop for pizza, one for deli sandwiches and salads, and one offering prepared but not-yet-cooked meals for heating up at home. There were a few tables and chairs for eating in-house. Any of the food court options would be perfect for agility trial campers!

Finally I entered the gift shop. It included some nice, unique items – not the junky, touristy ones. I ended up falling in love with a cute pair of kitty cat boots and purchased them for my granddaughter Cora. She adores them.

Overall, this facility is a wonderful place to go and its owners clearly provide quality in everything they do. The bug in the wine experience was unpleasant to say the least. In reflection, it was poor customer service on the waitress’ part in that there was no apology and perhaps poor judgement on management’s part for not making an effort to ensure I would feel better about eating there.

I would go back again, but would look more carefully at my food and drink before consuming it, and would definitely want a different waitress.