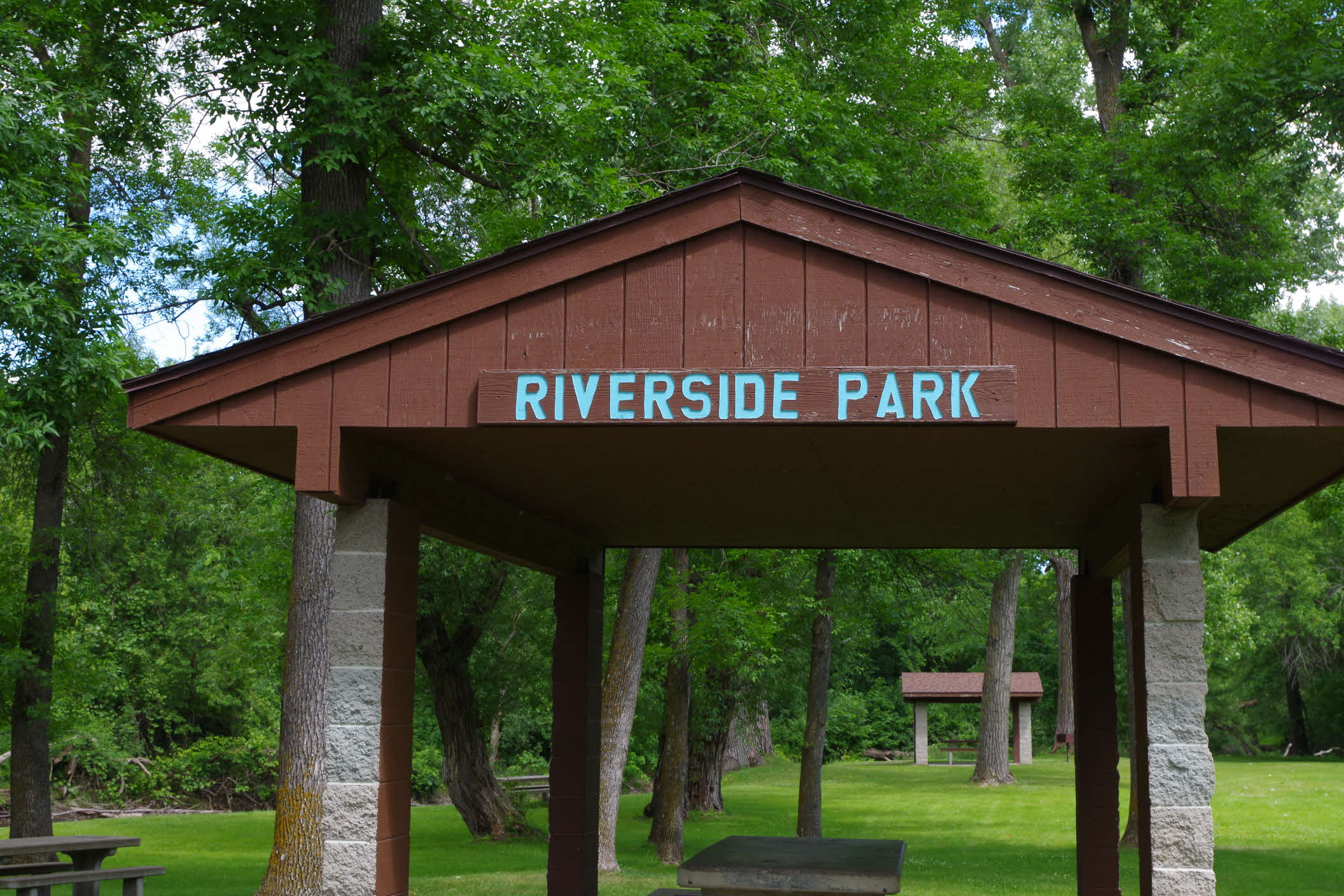 When the dogs and I are on the road competing, it’s always a treat to find a place where they can swim in the down time between one weekend trial and the next. They got their wish after competing at the agility trial in St. Cloud, MN and before our next trial at Ham Lake. We ventured into Clearwater, about a mile from where we camping  at the St. Cloud / Clearwater Campground, and noticed a small river with a nice park alongside called Riverside Park. Some kids were swimming, so we stopped to check it out. The rules did not say anything about prohibiting dogs from swimming …

Yes, dogs do swim there

At the edge of the river, I met Angie creating a beautiful colored pencil picture along the banks while she kept an eye on her niece and nephew, Monica and Tyler as they swam. Their dog Spot was on the blanket next to Angie, and just upstream was her son Tristin fishing for the big one. There were a few more fishermen near the dam, but other than that, we had the place to ourselves.

“I let my dog swim here,” Angie said. “The current isn’t bad, and there are lots of shallow areas.” It looked clean too. A few worrisome images entered my mind: my dogs chasing a toy that floated downstream if I wasn’t careful throwing it, dogs not being able to get back upstream, and possibly losing one of them! Looking downstream though, the river narrowed some, and there was a grassy bank on one side for quite a ways down. While it was a little deeper in the middle, it was definitely shallow along the sides. And as Angie said, not a strong current that day.

We decided to take the opportunity and have some fun. The shallowest part, with a sandy bottom to boot, was across the footbridge. So we walked to the other side. The dogs were so excited that they immediately crashed into the water once I released them from their leashes. Then they looked at me in anticipation to throw their toys.

I chose to keep the dogs focused on the edges of the river with their toys and let them get used to the current before throwing upstream towards the dam. They were having LOTs of fun. Spot was barking on the other side of the river hoping to get in on the fun, and I indicated it was ok with me if they let him loose. With the aid of Tyler, Spot crossed the river and joined my dogs. Since I only had two toys and Spot wanted one, he tried to take Cosmo’s away. That initiated a major chase with all three dogs going up one side of the riverbank and down the other, over and over again!

When the dogs took breaks from the chase game, Tyler and Monica took their turns at throwing the dog toys. On several occasions the toys ended up downstream, and one time a dog did. Here is where Tyler was awesome. He retrieved the toys as needed while Monica and I kept tabs on the dogs. He also retrieved a dog once, although the adults watched him pretty closely that time. Soon we had it figured out as to where we could throw the toys to keep from floating downriver and requiring a rescue.

A great time if conditions are right

Overall we had a great time and I would recommend this location if the situation is right for you. That would include having dog(s) that do not run off, and choosing a time when the current is light and it isn’t highly populated. You also might want to put a rope on your toys so you don’t loose them, else you just might need to find Tyler and hire him to help!