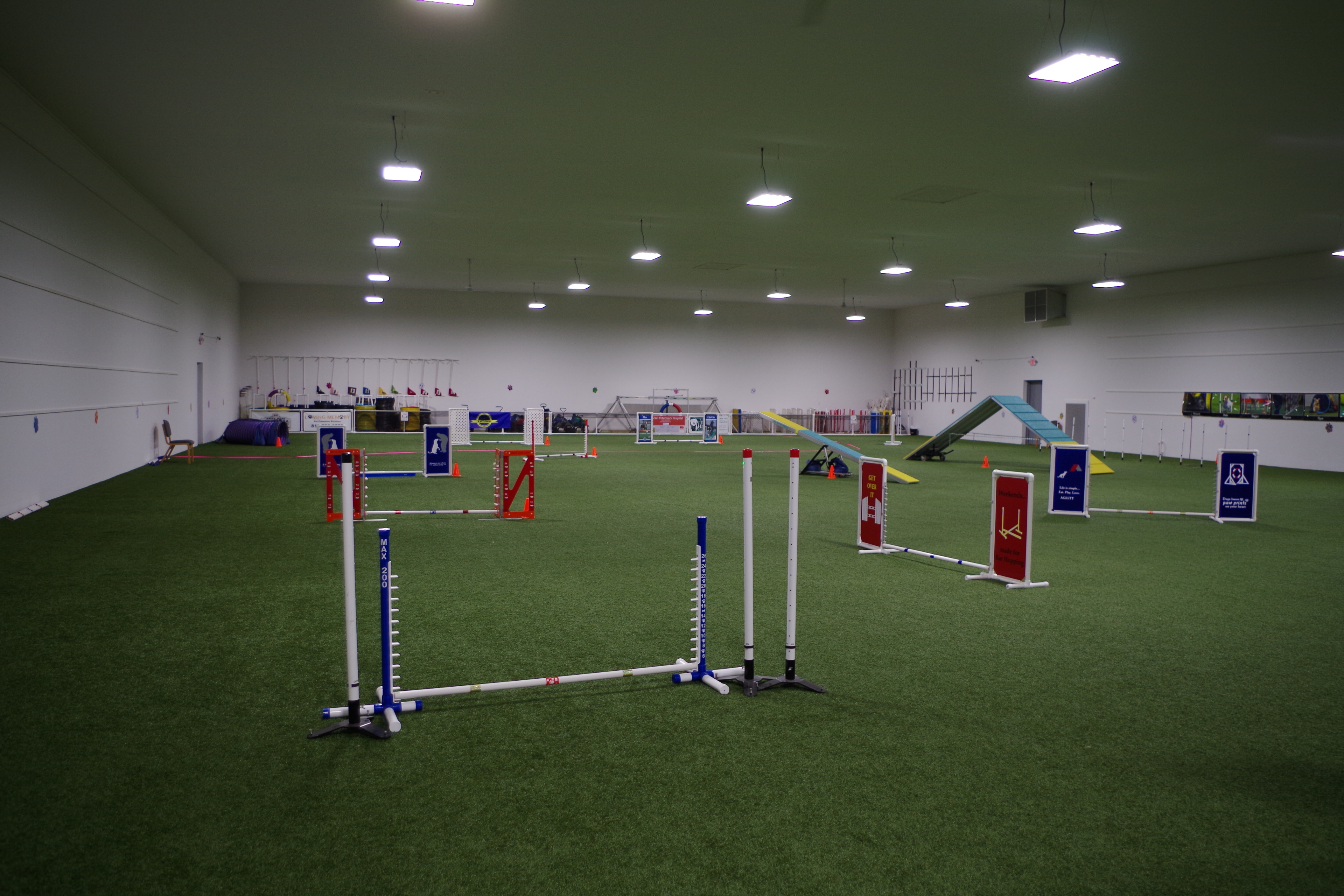 > More All Dogs Can pictures and details

Today finds me at an all new agility location called All Dogs Can in Lapeer, Michigan. Now this is an exciting thing! Owner Darlene Collings started construction on her new building in July, 2017 and move-in was mid December. This weekend’s AKC trial is the 2nd one they’ve held, having had a CPE trial last weekend. The building’s Grand Opening is next weekend. So yes, it’s that new.

Baby It’s Cold Out There … but Nice in Here!

Can you say -7 degrees Fahrenheit with a windchill of -15? It is colder in Lapeer today than in Alaska! The sun came out and brought the temp up to a balmy high for the day of 2 degrees. But agility peeps are a hard core bunch, and with not too much complaining, we are all taking it in stride. After all, we have a new building in which to play with our best friends!

The building’s heating system is holding up well to this brutal cold – and the temp is at just the right level where we are warm but not too hot to run. What I’m really enjoying too is that the heat is so even. My dogs and I are crated quite near the door, and still don’t feel a draft.

Like homes, we live in them for awhile and if we’re fortunate enough to build a new custom home, we make sure to build one that fixes all the things we didn’t like about the old one. Such is the case with All Dogs Can. Their new building is 80 x 224 feet, a major improvement from their old building of 80 x 180. It also sets WAY off the road, unlike their other building so close to a busy highway.

Both parking and crating are now spacious, as opposed to tight. And with 15 acres to play with, spaces for RVs will be a reality this summer. The high ceiling and bright lights are in direct contrast to their other building which had a low ceiling and low lights. On all counts, this building is oh-so-much-nicer: restrooms, kitchen, room for dogs to run outside, and more!!

The agility floor is much improved too. While the actual turf part the floor was brought over from the old building, instead of being set atop cement and mat, it is on top of profesionally prepared footing. This makes all the difference in the amount of cushion for dog and handler alike.

The turf itself is like grass artificial grass with Brillo pad-like material at the bottom to help hold it straight up. “I don’t like the pellets in soccer turf, so I looked around and found this for the other building,” Darlene Collings said. “We realized so much of it was in great shape yet. By laying the turf the opposite direction on the new floor and also putting the little used back part in front, it looks practically new.”

So Much to Do

Darlene has big plans for the new location: adding classes such as nosework, core strengthening for dog and handler, and barn hunt . . . sealing the cement floor . . . completing the Wall of Fame — a showcase of over a hundred agility dog pictures on each side of the ring. And that’s just the beginning.

Michiganders and travelers alike are sure to be impressed with this new location to train and trial. Thank you Darlene for making it happen!