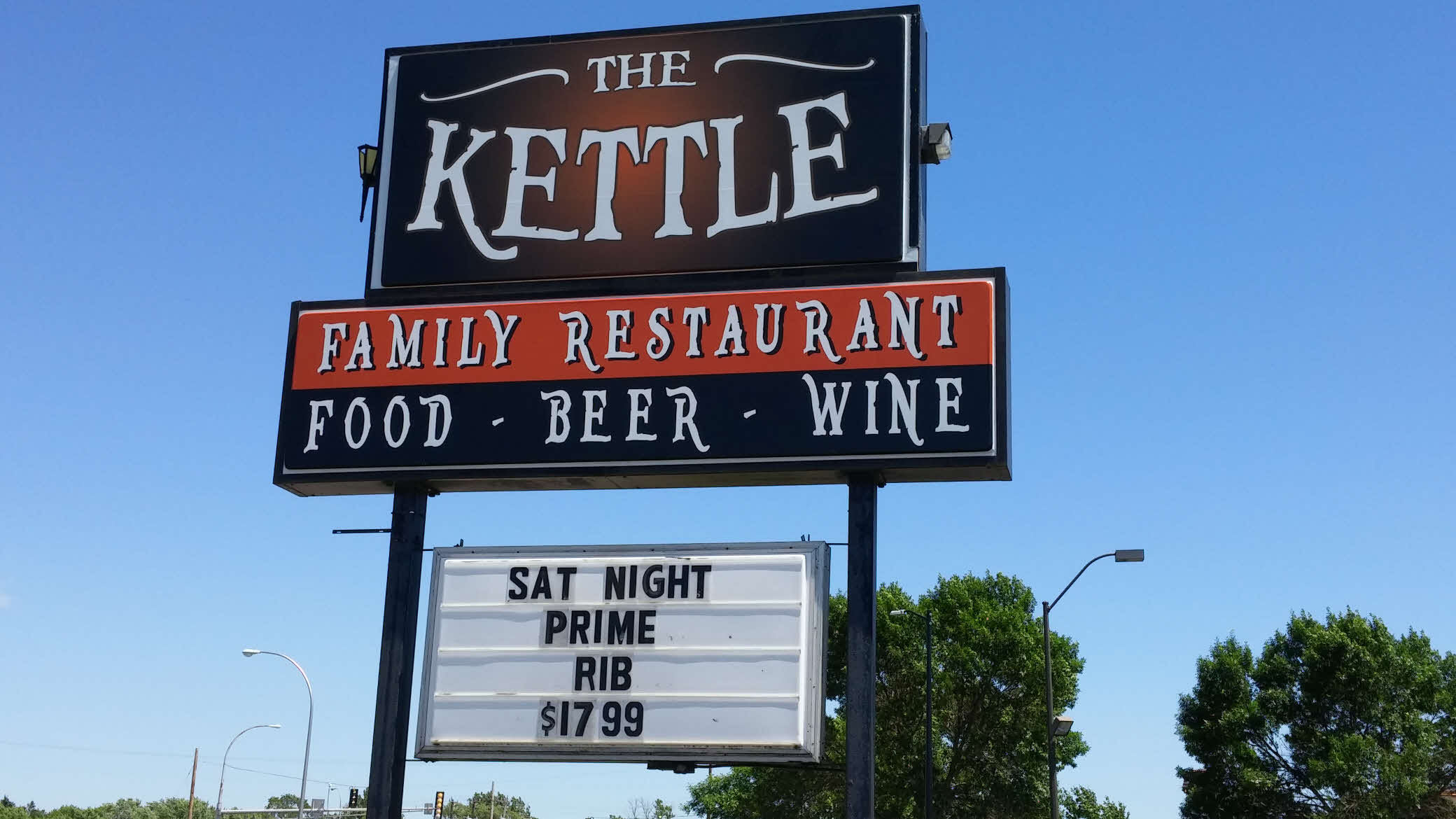 My last stop in Clearwater MN after trialing at the CACM agility trial  and staying at the St. Cloud/Clearwater RV Park was to have lunch at The Kettle Family Restaurant. They have a tall, highly visible sign, one where the message can be changed letter by letter. Quite pricey for a family restaurant. But they do have to compete with Nelson Bros. a few doors down, which must be no easy task.

Inside the restaurant is clean and inviting. The hostess stand is straight ahead, and the colorful salad bar is in full sight toward the right side, where there are tables and booths in a large room. On the left is a sit down coffee bar for eating, as well as booths separated by white spindled rails.

There were only few patrons so I was seated right away by a friendly waitress who seemed genuine. I ordered a Diet Pepsi, which automatically came with a glass of ice water without the need to request one. They didn’t have a gluten free menu, but it was not to hard to navigate and ask questions. Both soups of the day had gluten, so I went with a taco salad.

Other items on the menu include Kettle sandwiches, burgers, salads, dinners, a lite menu, and breakfast anytime. Their meatloaf stacker, hot turkey, and hot beef are some of the more comfort type meals they offer. They also have a specials board, noting that kids eat free Tuesday and Thursday.

The restaurant has been in Clearwater for over 15 years. Owners Rory and Hope Amundson purchased it in 2015, retaining its loyal staff and favorite dishes. They made a few updates in the dining room, added beer and wine, and upgraded the menu.

As I was waiting for my lunch, I recognized “agility speak” coming from a booth right next to me. Looking over, I noticed a familiar face. It was Dorein Johnson, trial chairperson of the recent CACM trial I attended. It is unusual to see people one knows when so far from home! It was fun to run into Dorein since she’s from that area and someone I just met earlier that week. Clearwater is a pretty small town with not that many places to eat, so I suppose it is expected. Still, it was good to see her and we chatted a bit about the trial. 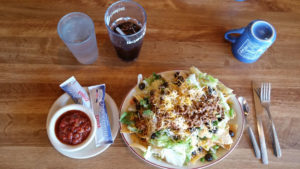 Lunch arrived and I joked with the waitress that it wasn’t a large enough portion. She half seriously joked back that if I ate it all and wanted more, there was plenty more in the kitchen for me. Although the taco salad was tasty, I still saved half in a box for later that evening. It came with sour cream packets and salsa. The only thing that would have made it better would have been some guacamole.

The management is active in promoting specials for most occasions, and I overheard some talk about sports team nights too. The Kettle is a very good restaurant and one I would definitely visit again.